How to Make Friends and Blow Them Out by Being Cheap

Welcome to the first post in our new Secret Diary, and ‘How to Make Friends’ has been hurriedly re-written as we thought it would make a good first post.

The story started way back in June when we nipped out for what at first glance seemed like a routine successful interview with an applicant who had applied just a few days earlier.

What followed though, both back in June and only last week, was anything but ‘routine’, and is a perfect example of a girl that will make friends, sells herself cheap and has no business sense whatsoever.

Freya turned up half-an-hour late, but mentioned that she’d been in the bar – we were sitting outside in the garden as it was a lovely night.

The thought never occurred to her to ring and see where we were, so putting this down to her having no phone credit, we let it slide and commenced the interview.

Notwithstanding our concerns, the interview turned out fine – Freya turned out to be charming and bubbly, had done this job before as an independent, and offered all the essential services – everything except A-levels, and by all accounts looked as though she would make friends easily.

We did warn her however that the photos she had sent with her application were unsuitable as they contained ‘Snapchat filters’ – something we have mentioned in another news item.

We also noticed a rather large tattoo on Freya’s torso and explained that even though we would have no problems in doing a ‘face blur’ for anonymity reasons, we would not disguise the fact that she had a tattoo for our clients’ reasons.

Agreeing that this was not a problem, we took her onto the staff-list on the proviso that some suitable photos would be sent over.

Next day came Freya’s first appointment – a two-hour appointment with one of our regular clients. By all accounts, this went remarkably well, and the client has repeatedly asked if she was available for a repeat booking.

Our problem with this was that she never paid our agency fee, and in the event of a girl not paying the agency fee, there will be no further appointments given out.

So endeth the career of Freya – for a minimal agency fee (which would have cost her around £100 anywhere else), her career at Midlands Maidens was wrecked.

Just last week, we received a call from Freya who wanted to make friends again and wanted her job back. We said that there were a couple of problems –

1) She had not sent over any suitable photos, and

2) She had not paid in yet from her previous booking.

She mentioned that the photos would be sent over straight away, and if we could just wait until the next day, the agency fees would be taken care of. So we received the photos and sat back waiting for the next day.

THREE days later we called to see what was happening.

“The reason I’ve not paid in,” said Freya, “is that I’ve got no money” – which is not our concern really – Freya would have had PLENTY of money if she’d only played by the rules – ie do a job, pay the agency fees, get another job.

As it was, for the sake of a few quid, her career at Midlands Maidens was ended after just one booking.

Here are Freya’s photos (including the Snapchat filter ones) that she sent over for website use:

With that, we’ll say goodbye from the Secret Diary and we hope you enjoyed our first show! 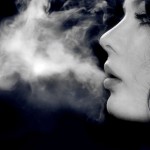 The Return of an Old Friend
Well it's nice to get back into the swing of things with the Secret Diary, and what better way to re-introduce ourselves via the return of an old friend.
Ava Saving the Ball
So after the departure of Shelly earlier this week, it was Ava saving the ball to keep our clients happy and fulfilled.
Chilly English to Go, Please?
It's another interview day at Midlands Maidens, and this time we focus on a chilly English girl who turned up to meet us.