We’ve given all the Jailbait a month off to open their pressies as we turn the Niche Monthly Christmas Special 2021 into Disney videos.

Not the normal run-of-the-mill Disney videos though, as many of our visitors will testify.

The Disney videos here at Midlands Maidens will have you spraying ‘special sauce‘ all over the Christmas dinner and mince pies!

We’ve got an old favourite returning, plus the fairy from Peter Pan, and the live-action film this time is one from Germany, which took us ages to find a subtitled version for you (not that subtitles are needed for gangbangs).

Without further ado then, here are the videos selected for the Niche Monthly Christmas Special 2021:

Rapunzel’s mum decides that she wants to give her daughter a really special 18th birthday present, so she hires a plush hotel room and a male bull to grant all of her wishes.

Once all the creampies Rapunzel has taken leak out of her, and the bull is finally wilting, mum declares that ‘there’s plenty more where he came from…’.

Tinkerbell is the little fairy from the Peter Pan film and knowing how she doesn’t always go along with the ‘good kids’ adage from the film, we can expect her to be a little naughtier than the main character.

In this short film, we see Tinkerbell arousing some guys cock that she found, and after teasing it really hard, she gets covered in the guy’s spunk to teach her a lesson:

Snow White and the Seven Dwarfs

And so finally onto the live-action Disney Feature.

This was the hardest to find and we had to navigate through lots of ‘Game of Thrones’ clips, which quite frankly were even worse than the dire series itself (if that were possible), but we finally found a German film (with dodgy subtitles) featuring Snow White and the Seven Dwarfs.

Enjoy your Christmas dinner whilst you watch our live-action feature film:

We hope that you enjoyed our Disney distraction, and join us again in January for the first Niche Monthly of the new year.

With that, it just remains for us to wish you a Happy Christmas, a Happy New Year, and many happy bookings. 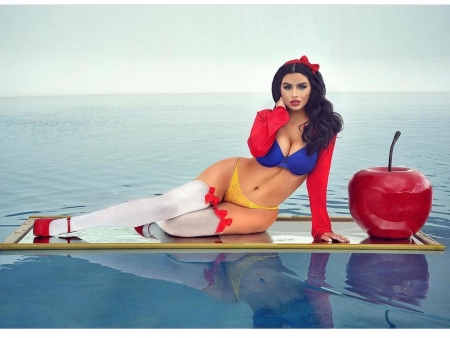 Hand Domination
After letting the PFVF feeds take over for a while, we resume our Room 101 section with a medley of Hand Domination videos.
Niche Monthly Jan 2021
Welcome to the first issue of Niche Monthly Jan 2021, in the Room 101 fetish section, where you'll find lots of things to perve over.
2 Girls 1 Cup and Beyond
There's no two ways about it - the content in this 2 Girls 1 Cup post is NOT for the squeamish and was rated on the amount of gasps from our girls.