Just in time for the seasonal rush, we’ve now got a way to use smaller image sizes with no difference to the full image. Webmasters read on…

After messing around with a couple of softwares for file reduction (that’s file-size without losing any quality), we came across something called ‘Short Pixel’.

First, we’d better explain what all of this is about:

No doubt you’ve been on websites, be they provider websites or vanilla ones that contain images.

Images can take up to 60% of the time in the website loading, which is why we’ve always gone in for .jpg, or .png, or .gif reduction to reduce the loading time of the website.

There’s now a new kid on the block though in a Google file variant called .webP, which aims to load all of the jpegs, pngs and gifs even faster than the routine image reduction, and you’re actually seeing that on the Midlands Maidens website today!

Lets see an example then:

This first photograph was downloaded in all of it’s natural glory from  WALLHERE.COM, with no image optimisation applied at all. Really nice, but it’s bloody HUGE!

Compare that image with this one, that we ran through Short Pixel and added a .webP identifier to it, that comes in at just over 89% smaller:

See the difference? Well we can’t, so we’ll go with the smaller one.

There is one drawback though – not all browsers on pc’s and mobiles are able to view .webP images.

If this is the case, Short Pixel creates yet another image as a fallback, so that those of you using Firefox, or iPhones, or Edge browser do not miss out.

The fallback involves adding a new tag, <picture> to the image which makes the image show up on those browsers, even though they won’t be seen in full webP glory.

Here’s a diagram (again optimised by Short Pixel for a png image this time) that shows you which browsers are dragging their heels:

So there you go, if you wanted to view images in a smaller file format, stay away from Internet Explorer and Edge, and any iPhone or Safari browser, and come into the real world. Firefox are trying bless them, but at the time of writing, they still don’t support webP.

Oh, and whilst we’re here, here’s the two images from earlier in a side-by-side format so that you can directly compare them without scrolling:

We hope that you enjoyed our post on the Short Pixel software, and that webmasters will now be rushing to try it out!

Using WebP Images in APS.NET with a fallback to JPEG and PNG
WebP images in ASP.NET with fallback for browsers not supporting WebP 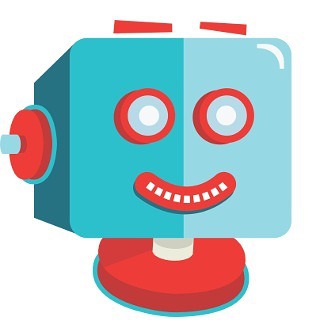 Hiring NOW!
It's been a while since we announced that we were hiring now, but with the CVLockdown going in ever-decreasing circles, it's time to get back in the saddle.
Lead Video
You've probably noticed by now, that we are using a lead video to promote our website. Here's the tools we used to create it:
2020 Round-Up
In this last post of the year, we take a look at what's been happening in Midlands Maidens Land in our 2020 round-up.