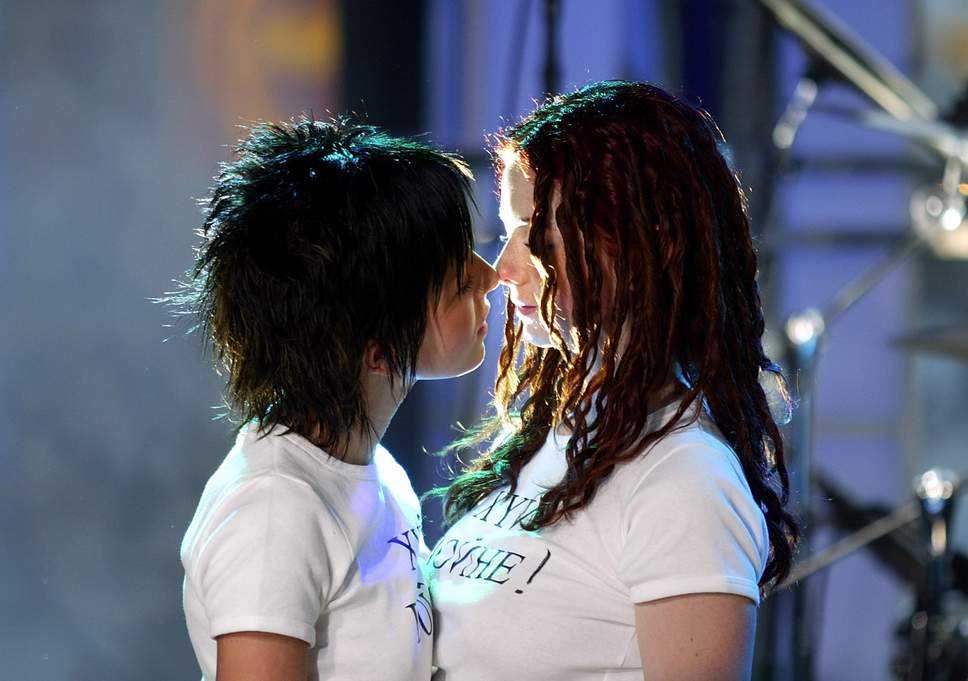 Thought we’d kill two birds with one stone in this latest Music Box offering – tATu plus a regular search term in our files.

We’re always getting the search term ‘lesbians’ coming up on our index – which is a bit daft as any lesbians wouldn’t be working at Midlands Maidens, or indeed at ANY agency committed to serving gentlemen. Bi-sexual girls do, but that’s another story.

Which is where tATu comes in.

Formed back in the early 2000s, tATu were two girls, Julia Volkova and Lena Katina, that gave the impression of being lesbians, plus they had this tendency to dress up as schoolgirls. Nowt wrong with that then!

They represented Russia in the Eurovision Song Contest back in 2003, with an unpronounceable song name that was placed a respectable third.

Due to personal differences between the two girls, the band split in 2014.

First off in this offering then, is a look-back over the first fifteen years of tATu and was released on YouTube on their fifteenth birthday:

tATu’s first single release was probably their most famous offering, and this song back in the early 2000s saw a massive increase in the acceptance of this type of music – probably much down to schoolboys having many wanks, and to the guys in raincoats brigade.

We’ll play that release in full now, so enjoy tATu playing their first single – ‘All the Things She Said’:

We hope you enjoyed our little sojourn into the past, and that we’ve educated you into telling the difference between lesbians and bisexual girls.

[bctt tweet=”I’m now able to work out the difference between lesbians and bi-sexual girls after watching the latest Music Box video on Midlands Maidens!” username=”MidlandsMaidens”]

Join us next time for more music videos from the Music Box!

This Womans Work
It's back to the dystopian state of Gilead for this Music Box post, titled 'This Womans Work' as a homage to the wonderful scriptwriting and soundtrack.
Adam – Go to Go
We've got an interesting little song for you this time, from a Dutch girl-band called ADAM who perform their song whilst orgasming.
Kotomi Asakura
Kotomi Asakura - God knows how we found this one, but Miss Kotomi Asakura, an 'actress' from Japan has found her way onto the Music Box.