The Return of an Old Friend

Well, it’s nice to get back into the swing of things with the Secret Diary, and what better way to re-introduce ourselves via the return of an old friend.

This was someone who made a complete hash of things on Adultwork, someone that made a brief appearance on ‘Feline’ escort agency before (we assume) that they got just as fed up of her as we did.

It was someone who thought that our ‘rules’ didn’t really apply to her as she was above all of that, and someone who went the extra mile to try and rejoin Midlands Maidens Nottingham Escorts but then failed miserably at the first hurdle.

Read on for the full files, complete with a sham photo gallery, and discover what the world has been deeply missing!

It was just over three years ago when we said goodbye to AMBER – complete with her selective hearing problems that made it impossible to work on weekend nights due to a multitude of ‘family do’s’.

Nevertheless, we admired her persuasion and persistence, and who knows, she might have put all of her previous misgivings behind her now, so we invited her down for an interview.

It was made quite clear to Amber that we would not be allowing her to give out her real name this time, or to give out her number, as this was against our ‘rules’ – just a couple of things that protect the girls from any stalkers and/or murderers.

We would also be expecting her to answer the phone when ‘called on’ instead of leaving it until Monday because she was having one of these ‘family do’s’.

Finally, she was informed that the photos she had submitted were not acceptable, as they were from Adultwork, carried the Adultwork watermark, and showed her as having blonde hair, when it was quite obvious that she had gone back to being brunette.

Agreeing to all of these terms, Amber was once again a member of the Midlands Maidens staff-list, but ONLY on the agreement that the photos were replaced.

So – a week went by, we had work coming in that would have been ideal for her but we had to give it to someone else as her ‘selective hearing’ had returned.

Then when we asked for her new photos, she announced that ‘my phone is broke but I’ll get a new one from Tesco’s and send them over’.

Which surprised us really, as the iPhone that she bought down to the interview was supposedly on contract.

After another week of waiting around, it was obvious that this was not going to work, so the return of an old friend just turned into a throwaway lunchtime drink.

So endeth the latest application from Amber, but for those of you hungry for more, here are her photos supplied with her application:

So that’s the third time now that Amber has been declined from Midlands Maidens Nottingham Escorts. Is that the last we’ll see of her? 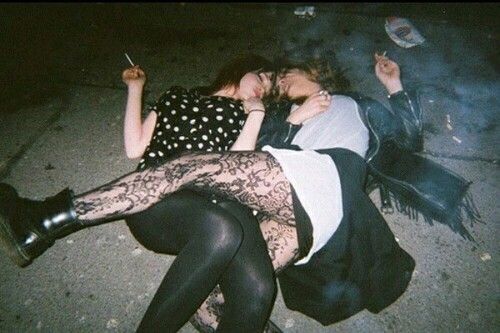 PINTEREST: Pin on Grunge, 90s
Oct 20, 2016 - This Pin was discovered by 𝖂𝖔𝖑𝖋𝖎𝖊. Discover (and save!) your own Pins on Pinterest
Share this page on...
Escort JobsPhotographsPremium ContentSecret Diary

State of Play
We're three weeks into the guaranteed wage incentive, which would seem an excellent yardstick to gather statistics on the state of play.
New Girl Rising
There's a new girl rising at Midlands Maidens Nottingham Escorts, and we'd like to welcome Jessica to our staff members list.
Lollicon Girls
There is nothing so rare as a genuine lollicon girl, and Midlands Maidens Nottingham Escorts are proud to say we've now got a lollicon girl on our books.