It’s time for another Music Box post here at Midlands Maidens, and this time it’s the Russian language version of tATu’s White Robe.

Why the Russian Language version we hear you ask?

Well, we looked over the English version, and it had got a full two minutes of censorship, no doubt due to a naked strip by one of the tATu-ettes which would have no doubt gone some way towards satisfying your sexual gratification.

So the Russian version stayed.

A quick refresher on tATu since our last post about them:

Their first single ‘All the Things She Said’ was banned from pre-watershed shows due to the video portraying teenage schoolgirl lesbians, but this didn’t stop the band from coming third in the Eurovision song contest in 2003.

Julia and Lena have both confirmed that they will be returning to the stage this year following irreconcilable differences that have been reconciled, but the majority of their shows will be around Russia.

The video that we’re going to show you is taken from the Waste Management album of 2009 – the last album before they split up.

We’re not going to throw any spoilers at you except for the previous comment where Julia does a full strip at the start of the video.

Enjoy the strip, and here’s the video:

For those of you that might be interested in seeing the UK version with all of its sexual gratification censored out, we include it at the bottom of this post. 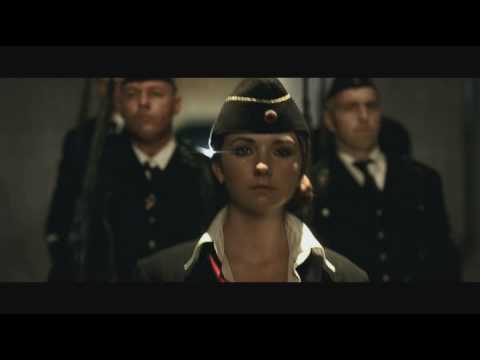 Two Girls and a Goat
It's back to the world of Apocalyptic Snuff Pop this time in the music box, with a banned video of 'Two Girls and a Goat'.
Peaches – Rub
We've decided to pass this review of the Peaches video over to Mary Emily O'Hara, who is infinitely more experienced than us to create such a review.
This Womans Work
It's back to the dystopian state of Gilead for this Music Box post, titled 'This Womans Work' as a homage to the wonderful scriptwriting and soundtrack.